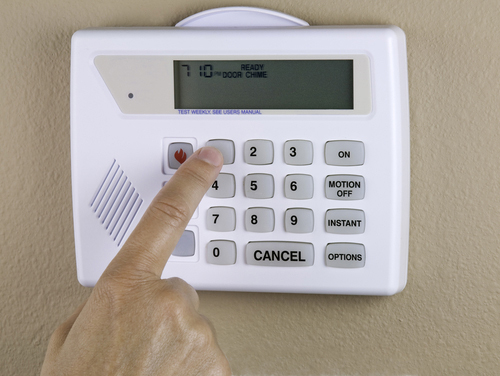 Continuous beep sounds of Alarm systems can cause irritation to the user. No one wants their security system malfunctioned or unavailable at the time when it’s needed the most. When there is a problem in the alarm system, the keypad emits a beeping sound.  This is a clear indication that there is something wrong with the system. Low panel battery or power failure can cause this problem and the issue gets worsen up when it’s not rectified and fixed in time. If you are also facing such problems and a continuous beeping sound is getting over your head, we are here to help you.  Let’s fix beeping issues of the alarm system together with the help of the tips below.

Beeping can be Elusive
A beeping sound may get the user into an impression that the source of the beep-sound is the alarm system. Sounds can be elusive sometimes. It might give you an impression that alarm system is the real cause of the beeping but there are several other gadgets and instruments which may get the similar beeping sound. Electronic items such as a fridge would emit a beep sound when doors aren’t closed properly or an oven after finishing the task. Watches and reminders can cause the same beep sound. Most common and similar sounds are of low battery indicator of a smoke detector.  So before coming to the conclusion and giving all blame to the alarm system, check the following two things first –

If there are no signs of fault light and no pop-ups are shown by the notepad, and also the sound emitted after pressing the button of the notepad, the beeping sound is not your alarm’s fault. You must look at the other devices like alarm clock, smartwatch, or even your fire alarm system since it’s common to have a fault in the fire sensor when its battery is down. But in case if your alarm system is responsible for the beep sound, you must check the following catalysts which can make your alarm beep.

Catalysts of the Fault
The alarm system is a complex environment with many self-detection features which can indicate the faults and the catalysts of the faults. By following the user manual and keeping your approach procedural, you can rectify the root cause of the fault and troubleshoot the problems caused by the system. Following are some of the few root cause of the beeping issue in an alarm system.

Power Failure:-
Power failure can occur due to several reasons like a glitch in power input or even malfunctioning in the circuit area. Consider the following points to ensure that the alarm system is getting constant power to work properly.

Low panel battery:-
With time, the panel battery needs to be replaced as its performance drops with time. The capacity of a battery to hold charge reduces with time and a new battery is required to make the system fully functional. You can refer to the user manual to find out the type of battery required for the panel of the alarm system you have.

Damaged box: –
If the lid of the panel box is not closed properly or there are any signs of damage on the box, it may cause the alarm system to make a beep sound. Take two following measures to make sure that the problem may not persist in the future.

Faulty Siren:-
There can be a fault in the siren itself that it keeps beeping without any cause. You can contact any technician to solve this issue or replace the siren by your own. You can use the user manual to install/uninstall a siren and then keypad to install the software.

NOTE: – Please note that this information is for general troubleshooting of a System Malfunctioning. It can vary with the different type of alarm systems and isn’t applicable for every alarm system. In case if it’s not helpful, consult a professional to avoid any misfortune and breach in your security system.